Last year couldn’t end in a worse way for a family living in Marby. Because on the 30th of December 2019, their old farm house caught fire as a result of reasons which couldn’t be figured out so far. Luckily, the fire-fighters who are in charge of the Ardennes region were fast to the fore.

Moreover, they were using a fire department aerial platform out of our new range: The METEOR 330 TBI. 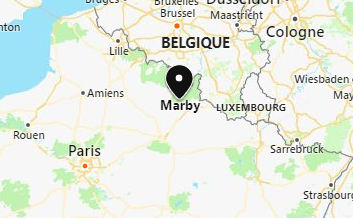 The small village Marby, with round about 60 inhabitants, is situated near to the border in between France and Belgium. Also, it is part of the department of the Ardennes.

At the aforesaid date, the old farm house burst into flames around 4 pm. The building is directly located in the main street of Marby. However, one our after, also the barn which is allocated to the farm goes up in flames.

Altogether, 30 fire-fighters tried to get the flames under control. A command post was supervising them through the operation.

So, the vehicle which was used to get along the flames was our METEOR 330 TBI mounted on Renault Premium 370Dxi 4×4.

The fire department aerial platform has a total working height of 33m and a lateral outreach of 23m. 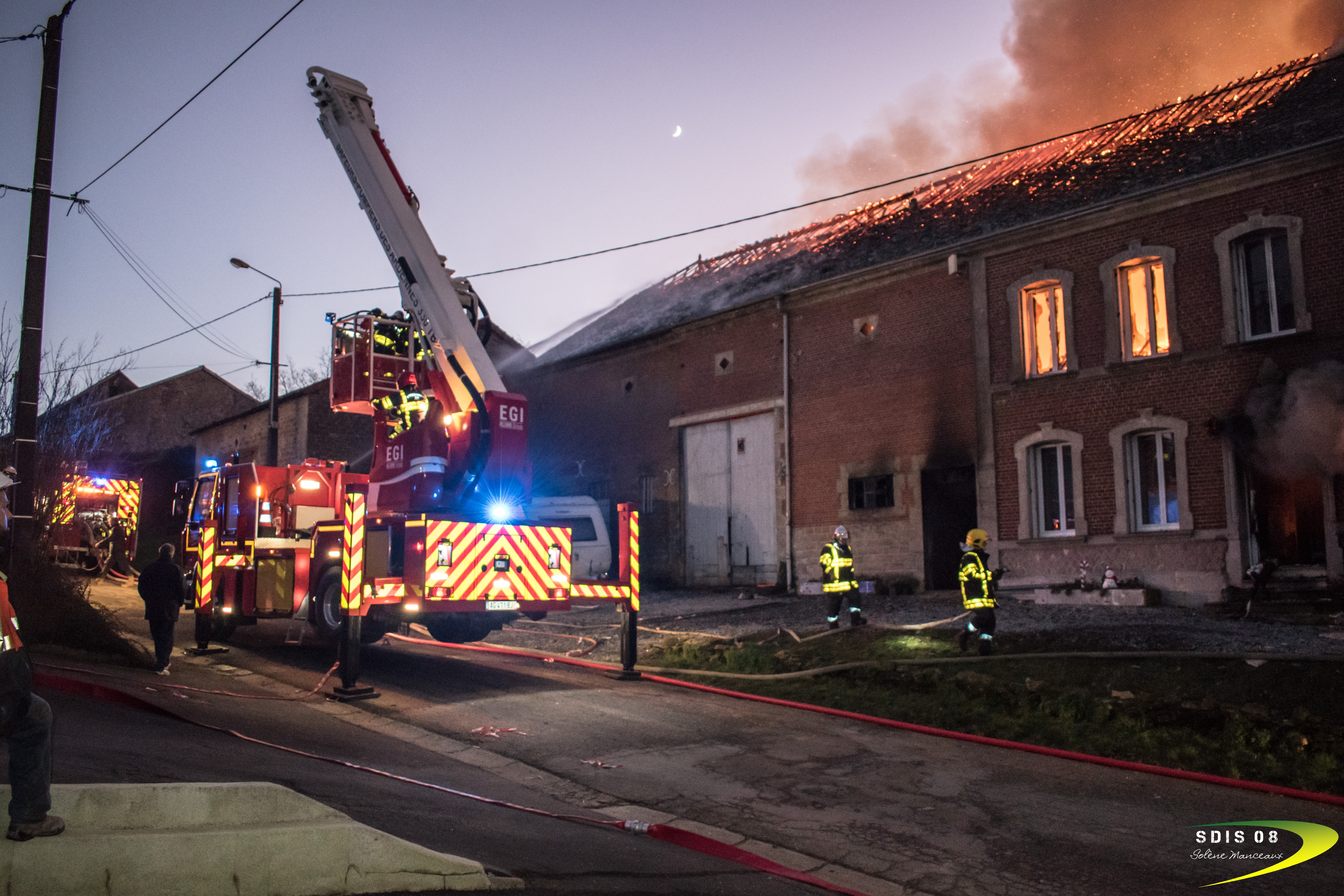 Especially in small villages, like Marby is, a machine with the ability to be flexible is highly demanded. This follows from the fact that not much space to shunt a fire-fighting vehicle, as the streets aren’t very width, is given.
Therefor, EGI-KLUBB Group designed the METEOR 330 TBI with a total rotation of 360°. Furthermore, the basket of the platform mounted on truck supplies a great rotation of 2 x 45°.

Therewith, fire-fighters can react spontaneously and very fast during the operation. Moreover, they are not bound to calculate if the need to arrange the vehicle differently. 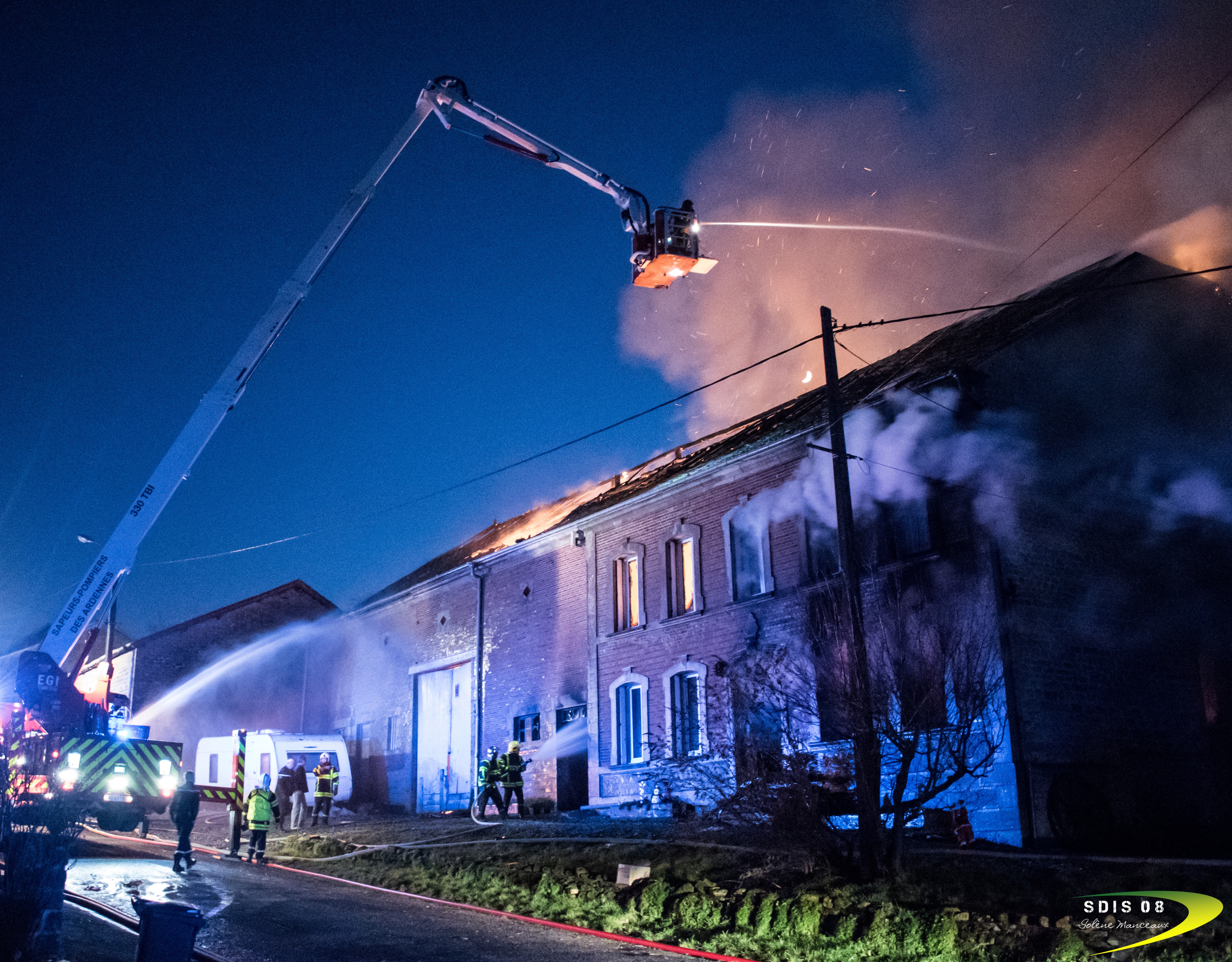 The water pump with 4000 L/min is another great advantage of the fire-fighting aerial platform.
Of course, as the farm house as well as the barn was considered to be quite old and the material easily inflammable, the fire overleapt very fast. The high amount of the pressure of the water pump helped the fire-fighters out to shut down the fire.

As all of fire department aerial platforms, the METEOR 330 TBI is compliant to the European standard EN 1777.

Finally, the fire-fighters were able to draw the fire during the night. Luckily, everyone was evacuated fastly and no one got injured.

The mayor of Marby, Marie-Claire Doré, was painfully speaking about the disaster, telling that the family moved to Marby just 4-5 years ago and were already renovating the farm house before the fire. Also, she added, that the whole village will do everything to help raising these friendly people!

EGI-KLUBB Group is once again thankful for the work which the fire-fighters are doing every day and wishes all the best for the rebuilding of the farm house!

You also want to benefit from the advantages of this great aerial boom lift for fire-fighting in your department? We are pleased to provide you all information about the specification and more options at any time, just contact us!